The metal saw itself, as a carpenters tool, has been in use for over 4000 years. The history of this instrument as a musical instrument is shrouded in mystery. No-one knows who first thought of the novel idea to strike or bow a saw blade although it is generally assumed that it must have been discovered by accident. There is evidence that in the 1700s saw music came into existence on several continents simultaneously. Some connect its origin with the Ozark and Appalachian Mountains and think that it was possible that African slaves brought it to America. Others associate its origin with workers in the Scandinavian and South American timber industries. Back in 1926 “The Hyde Park Herald”, (Volume X, 27 August 1926, Page 2) reported that ” The idea of extracting music from such an unlikely medium as an ordinary steel saw is said to have originated more that 30 years ago in Argentina. A drunken violinist in a lumber camp is credited with the discovery” Certainly in the 1920’s regular adverts appeared in the USA papers and magazines (for example Popular Science) promoting the musical instrument and the brand name ” Mussehl and Westphal” is as popular today as it was back then. 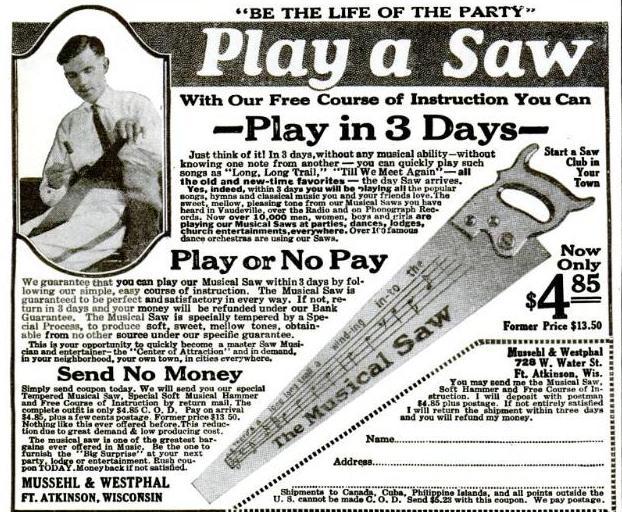 There are many references to musical saw players in the UK during the 1920’s and 30’s. They include players such as Gloucestershire George, Ronald Tingle, W.R.Willis, Thomas Stones, Cecil Twistleton and Jack Robinson. More is known about Jack because of a display in the Museum of Liverpool. He was a hairdresser, but played many different stringed instruments The musical saw was his speciality.

During the ballroom boom of the 1920s, Jack would perform solo and with orchestras at many different venues across the North West. These included Harry Wood’s Grand Band at The Palace and with Bert Pearson’s Band at Reece’s Ballroom in Liverpool. However it was during this time the demise of the music halls began. The introduction of radio, the start of moving pictures and the cheapening of the gramophone record all had an effect.. Over time there wasn’t a requirement for so many dance and musicals halls. Here is a link to the Museum of Liverpool archives showing Jack performing on stage. I was honoured to be able to play for Jack’s Great Grand daughter’s wedding as a tribute to him.

Another great concert artiste in the early part of the 20th Century was a lady by the name of Joan Stonehewer , her engagements included appearances at the Royal Variety Hall and the B.B.C. Unfortunately the second world war only accelerated the process possibly due to a shortage of metal, performers and of course the audience. Luckily the musical saw did not die out completely.

Performers, such as Marlene Dietrich, entertained the troops during the second world war with her saw playing. You can hear her play on this recording  http://www.umpcollection.de/saege1.ram .

During World War II was Nat Jackson who spent most of the war serving with the The ROYAL ELECTRICAL AND MECHANICAL ENGINEERS. These were formed to rationalise and improve the efficiency of the Army’s repair resources midway through World War 2. However the REME workshops had a BAND, and Nat played a number of instruments including violin, saxophone and musical saw ( party piece!) They played big band favourites of the day, and entertained their colleagues whenever the opportunity arose. After the war there were fewer players with hardly any mention of performances in either the UK newspapers or radio listings. Companies such as Cashmores Ltd continued to manufacture the instrument until their demise. 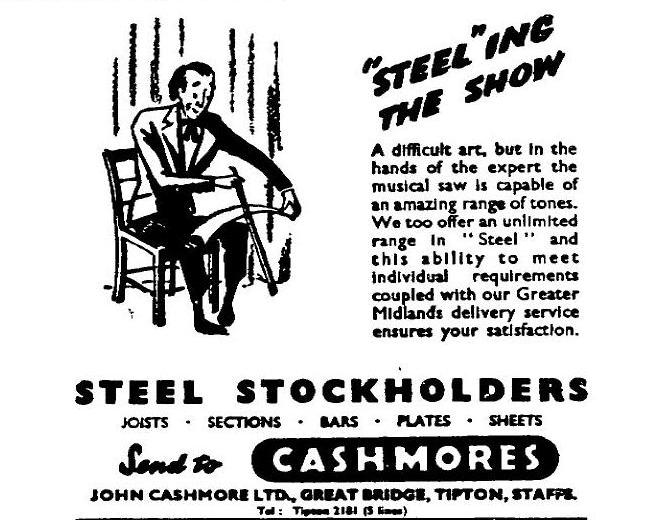 In this country now, are just a few active players. Apart from myself I am aware of just a few saw players in the UK which include Henry Dagg, Denis Teeth, Caroline Watsham, Ken Bainbridge, Ian Harris and Austin Blackburn. A more comprehensive list can be found on my players page along with their photographs. Elsewhere the musical saw is thriving in America, Canada, China and many other countries. In the USA there are regular competitions and festivals such as one in New York run by Natalia Paruz, the Saw Lady, and Saw Player’s Picnic and Music Festival in California. More recently I’ve become aware of the increasing popularity of the saw over China. The “Musical Saw Society of Chinese Musicians” is a thriving organisation that seems to be promoting the playing of the instrument amongst a new and enthusiastic youth. The standard of their playing is remarkable. Similarly there are other groups in Finland and Japan. 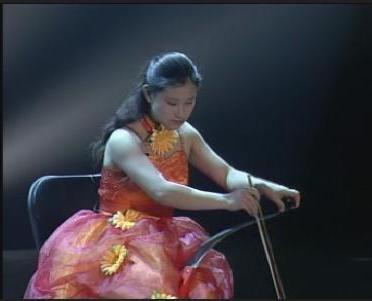 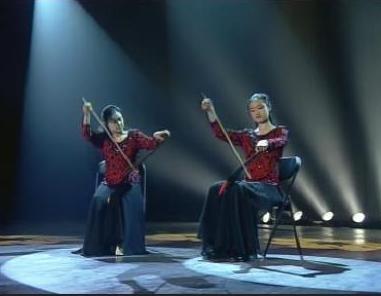