Since leaving University I’ve have played the musical saw as a soloist, with piano, brass band, orchestral accompaniment, at several concerts across the UK and Europe. I’ve done a 90 minute show at the Paxton Theatre in Buxton and been a guest soloist for numerous groups including the Lindley Band, Harrogate High School Band, The Yorkshire Evening Post Band and Harrogate Band. I run musical saw workshops across the county and provide recording sessions for pop groups such as Tenzer and Lymes. I have appeared in a BBC film called the “Yorkshire Symphony” (2010) and organised the Euro Sawchestra, an event for Sheffield City Councils 100 years celebration of Stainless Steel. I have played at some superb venues throughout the UK Which include : 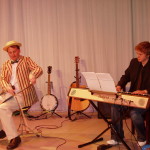 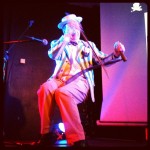 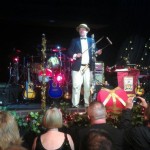 The most unusual event has been playing outside Belfast City Hall in a skip for a festival run by Catalyst Arts. 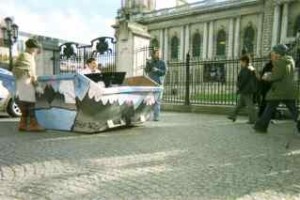 I also have played at fantastic weddings, dinners & folk evenings across the country.The name “ The Yorkshire Saw Man” is one I have adopted after being introduced by a Musical Director of the Yorkshire Evening Post’s Band at a concert where I performed “O Sole Mio” with the band.

I’ve composed new music and arranged music for brass bands, saw players, film producers and authors. I also provide sessions for a number of artists and bands both here in the UK and in the USA.