James Jones composer of the music for the film Homer 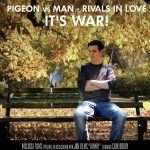 “I would love to ask you to record again, Charles, and I’ll be recommending you, too.”

One world music radio
Chrissie Sheppard on One World Music Radio talks to Holly Montgomery about her latest Grammy Nominated album called “Leaving Eden” which includes my contribution in a song called “Beyond the veil”.

A Virtual session for Ian Kellet  for a Bedlam Production and BBC Documentary “American B Side”
“I’m totally blown away by how amazing you sound” & “I really appreciate your time and expertise and would love to do some more in the future”.

Ivor Tymchak – Co-organiser, compere and host at Bettakultcha
Charles has performed several times at our Bettakultcha events, both as a presenter and as a performer during the interval. Apart from being an accomplished musician he is also an engaging speaker and thoroughly reliable. He’s helping us out again in the near future so that’s the highest recommendation we can give.

Richard Michie -Digital Marketing Director at Euro Energy Services.
Charles has played twice at Bettakultcha at the Brudenell and Magic Loungabout Festival. Each time he brought the audience to it’s feet with his amazing performance. He’s a one of a kind performer, I wouldn’t hesitate to to book him again.

“We’re constantly amazed by the incredible tunes that can be played by something that should really be hanging in your garden shed. Wonderful saw playing and the chance to have a go yourself”.

Louise Glasscoe – Buxton variety concert organiser for the NSPCC (2014)
“Many many thanks for your excellent and enthralling performance during the Cabaret on Friday. The audience clearly really enjoyed  the event”.

Sheffield Industrial Museum Trust Guests at the Kelham Island Museum  (2010)
“It was a really lovely addition to the event and we did have lots of lovely comments about your amazing talent!”
“That was fantastic”. …”What a fantastic sound”.

Benjamin Till Composer/ Director at BBC
“Charles Hindmarsh played the musical saw on A Symphony for Yorkshire, which I composed and directed. He is wonderful to work with, incredibly fast to pick up tunes, makes a very beautiful sound, and, in the case of our project, turned up for filming very much looking the part! I wholeheartedly recommend him for recording, corporate and film work.”

Britain Does Variety (2012)
“An unusual act, most entertaining and well delivered; one of the most bizarre, but entertaining things I have seen, nice costume; very, very clever and entertaining”

A session recording for Tenzer (2011)
“You were actually remarkably good given that you barely knew the song!”

A virtual session for Ty Thompson and “The Mammys” from the USA (2012)
“Ok, so first of all: incredible job. Great feel! I’d be interested to hear your interpretation of a spookier version. All in all, thank you! I’m very impressed.

An Arctic Film night for Jenni Ervasti (2012)
“Many thanks again for coming to play to us yesterday. Everybody seemed to enjoy your playing”

Mollie Green (BBC- Midlands) Wedding (2009)
“A massive thank you for last Saturday. It really did make my night” and on air:

Buxton G&S Festival (2008)
“I popped in once or twice during your performance and thought it was first rate. And the audience all seemed to be enjoying themselves too.”