A spin off from the Sawchestra. Caroline Watsham and Charles Hindmarsh got together to duet for Britains Got Talent 2014. They got through to the live auditions and this was shown on ITV over Easter 2014.

To correct what was actually said about them,  Caroline is from Oxfordshire and Charles is from Yorkshire. Last year they both took part in the Euro-Sawchestra, which was an event in Sheffield to mark 100 years of inventing stainless steel. They also carried out a musical saw workshop in Banbury for the Banbury Folk Festival. This year they thought they could be a little more ambitious. Rehearsing from opposite ends of the country they put together “Yesterday” in two part harmony.

It was a fantastic opportunity to play in the Lowry Theatre in Salford and they would welcome new opportunities to play elsewhere. 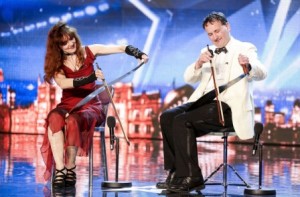 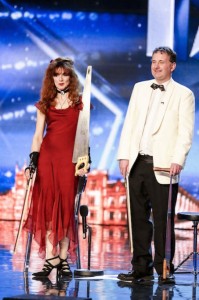 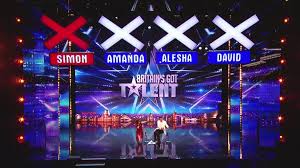 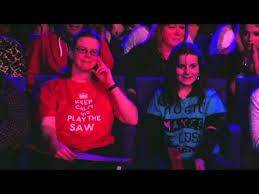